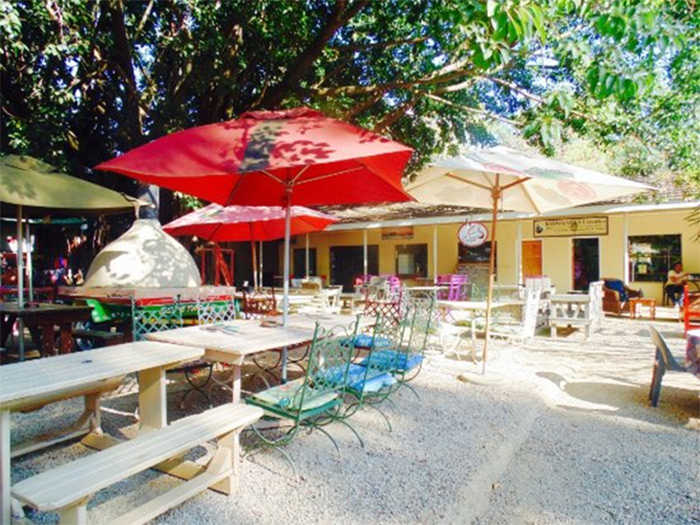 Driving into the centre closely resembles an Indiana Jones moment of passing through groves of trees and into a jungle. This feeling doesn’t last long as the gravel driveway turns into a lot that sits across a wall with boldly painted text on it. This lot is a small dusty bay of stones and wilting jacaranda blossoms. The last traces of spring. The car crunches to a halt and all hands reach over to push doors open, stepping out into a cool summer night. Soft tunes from the outdoor eatery section as a guitarist sways mimicking Bholoja’s sound. The place is a perfect of three major restaurants, with Smoked meat from the smoke n grill, a taste of Italy from Pizza Vessuvio and the familiar clinking of glass against wine bottles as reds and sweet whites spill out from the wine boutique. Ferry lights and odd puppets hang from the big ol’ tree that towers over the courtyard. It’s a hubbub haven as chatty conversation and occasional laughs can be heard through the sizzling of a grill and the crackling of a stone oven. As shoes tread over rocks and old leaves, an eager waitress signals to an empty table and a menu from one of the restaurants is placed on the table. Its nights like this that make this centre one of the most refreshing summer hangout spots. 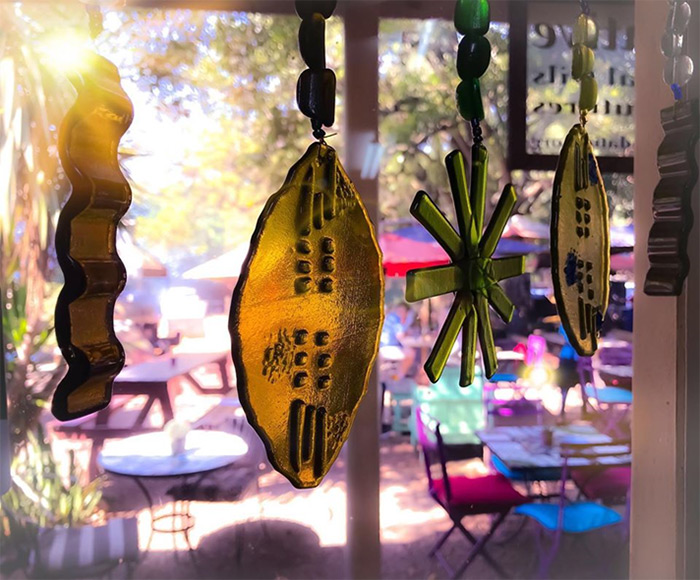 Legends backpackers is only but a stone throw away and sits as a reminder of the towns inaugural green life festival hosted just a few months ago. The rest of the centre magically unfolds to reveal a craft store, a curios and even a jewellery studio. Different cultures and families mix in an atmosphere of relaxed and refreshing socialising. Every now and then a menu from another restaurant is dropped on the table, allowing you to experience everything the food court has to offer. By the end of the night, when the lights have been dimmed and the cars in the parking bay diminish one sounding engine at a time, the rest of the valley is lit up in a serene silence that cannot be described, only felt. This really could be one of the most spectacular lifestyle centres in the Kingdom. Don’t believe us? Head on over there and experience it for yourself.